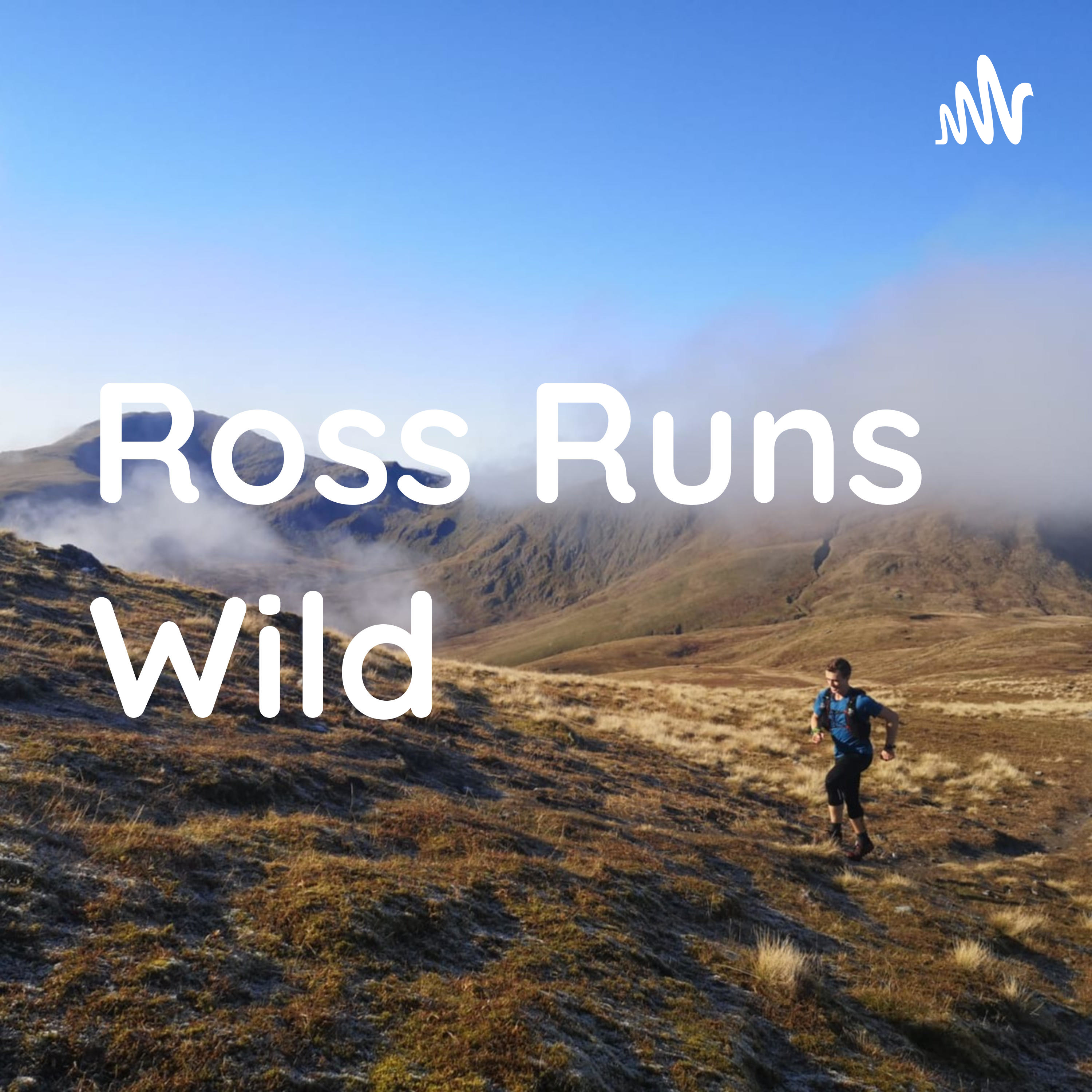 I sat in my car as the percussion band of rain drummed against the windows.

Flakes of pain au chocolat were scattered on my lap – the evidence of a feeble attempt to rally morale ahead of an inevitably dreary run on the Isle of Skye.

Through the blobs of rain on the windscreen, I could spy the aptly named ‘Misty Isle’ ahead of me, its peaks – true to form – wrapping themselves in a cloak of dark mist. It looked like an impenetrable fortress, which could surely be sieged with the help of another half a pastry and a banana. Right?

Drawing into the long layby at Kilmarie, along the long lonely road to Elgol, the rain had relented to a soft mizzle. ‘This isn’t so bad’, I said to myself, as I weighed up whether I’d need a jacket to start. I kept it in my bag, along with my waterproof trousers and a mountain of food.

My objective was to climb Sgùrr na Stri, a diminutive peak that doesn’t even break above 500m, and stands above Camasunary Bay. For a few years I had found myself sat aghast at images from its summit of Loch Coruisk and the fanged Black Cuillin range. My hopes of such a view seemed pathetically small today, but I figured I would give it a shot.

As I trotted up the long vehicle track that slowly rises above Kilmarie, I got increasingly good views of island’s dragging finger of Slèite.

Despite being in the unique opportunity to be enjoying this landscape almost completely alone, something inside of me felt glum: I went over my potential shortcut opportunities, and constantly peered at the sky, willing it to give me a reason to turn around.

The path flattened after a couple kilometres before it descended. That was when I got my first glimpse of Camasunary Bay. Camasunary – or Camas Fhionnairigh – means ‘Bay of the White Shieling’. Many years ago, a small township resided here. It is fascinating how today we think in roads, tracks and paths, whereas these people would have relied mostly on the sea to connect them to the outside world.

Standing guardian above Camasunary, its conical figure firmly in the clouds, was Sgùrr na Stri. How far did it really ascend beyond those clouds? It was hard to tell.

I dropped down on the zigzag track, overtaking a young woman near the bottom, Lauren, who was on day three of her hike along the Skye Trail. Soon after, I spotted two other backpack-laden figures, who must be sharing in her endeavour.

Pulling my gaze away from the mist-clad mountain, I looked at my feet. I had always known beach cleans were a regular activity at Camasunary, but I had never quite appreciated the scale of the problem. Currents and wind draw a profusion of marine litter to this seemingly wild corner of the world.

Much of it is industrial waste – ropes, metals, boxes and all manner of plastic detritus – and it is strewn across the bay and seeps inland up the rivers. In a corner of the beach, stacks of litter had been gathered by volunteers attempting to push back the never-ending tide sullying their beach.

I reached the Abhainn Camas Fhionnairigh, where I surrendered to the inevitability of wet feet and ploughed through the river, which wasn’t so high as to prove a problem. Following the track up-river past millions of scraps of litter, I began to curve uphill.

The rain was gathering strength, however. As I climbed, the world around me became increasingly obscured. The maw of the corrie ahead snarled at me through a thick curtain of clag and rain, while the wind pushed me into its jaws.

I found a large rock and tucked behind it. I took a moment to gather myself, and considered my situation: I knew where I was; I had a map; I’d brought extra layers and food in case of an emergency; I wasn’t hungry (thanks Co-Op) or too cold; and I had the years of experience to know what to do if things got worse.

All of a sudden, I had an adventure on my hands. Meanwhile, the wind had blown the black dog that had been on my back clean off. Taking the moment into my grasp and making independent decisions had given me a confidence in my ability and a clarity of mind I had not found in a long time.

I donned my jacket and waterproofs and continued on, smiling like a fool as the rain washed over me and I watched several deer disappear into the veil that had consumed the rest of the world. The path struck directly uphill, following a burn.

As I continued to climb, so too did the weather improve. Looking to my left, I could see the prominent knoll that lies near the summit steadily clearing. The world around me began to come back into focus.

My heart was racing. Surely, there wasn’t a chance I would get a clear summit, was there?!

The path levelled off and I stumbled across the main path to the summit. Two people were below me in a seemingly futile struggle against the ground as their boots slipped and slid on the sodden turf. I turned to continue uphill, marvelling at the glistening grey rock of the mountain. Blà Bheinn – once shrouded in mist – was also emerging from its hiding, while the tops of Ruadh Stac and Marsco were already clear to see.

I made the final effort to the summit, and simultaneously entered into a great battle of nature: Cloud was hurling itself at the summit but was being fired upwards against the mountain’s slopes. I sat there for a time, watching this push and shove as the loch below me danced in and out of sight.

Then, after a few minutes of watching the sea of cloud washing over the summit, it stopped. Without the cloud, the strong wind became invisible and revealed the view I had hoped for.

Sgùrr na Stri is the best guarded mountain I have ever come across. As I looked out across the Cuillin Hills (as much as I could see of them), I laughed at the idea of Sgùrr na Stri being a baby dragon surrounded by its formidable family, so imposing do its neighbouring peaks look. I must have spent a good 20 minutes wandering around on the summit, looking down to the steel-blue loch below and around to those incredible hills.

The geological jungle was once part of a series of magma chambers, with the Black Cuillin formed of gabbro and basalt, while the Red Cuillin’s colour is thanks to its granite.

Reluctantly, I left my island in the clouds, descending on the water-slide descent that would take me to Glen Sligachan. There is a fantastic path down into the glen, which took me to my turnaround point. As I turned to head back to Camasunary, I came across a couple eating sandwiches next to a bloated river.

Sean and Christina were also on day three of their Skye Trail, and had seen me on my way through Camasunary. Despite us all looking like drowned rats, all three of us were so content with our lot that it didn’t seem to matter!

I bid them good luck and continue on to enter the fray of yet another front of torrential rain.

Back at the van, I peeled off layers that had suctioned themselves together. With the A/C wheezing in its attempt to expel the humidity I had just brought in, I drove the van along the road back to Broadford, where a bowl of soup and a coffee awaited my arrival.

This route, along with many more, will be published in my upcoming book Running Adventures in Scotland, published by Vertebrate Publishing in May 2022.